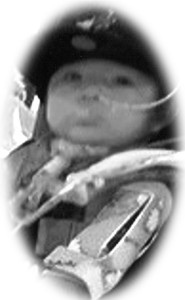 “For God so loved the world, that he gave His only begotten Son, that whoever believes in Him, shall not perish, but have eternal life”. John 3:16

With great sadness and sorrow we announce the passing of Milo, on May 19, 2016 at the Alberta Children’s Hospital, surrounded by his loving family.

Funeral Arrangements to be announced when completed.