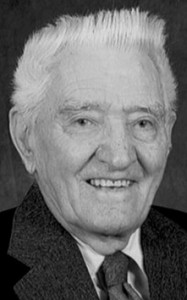 Joseph William Bruder, beloved husband of Vernie Bruder, passed away on May 25, 2016 at the age of 95 Years.

In lieu of flowers Memorial Donations may be made to the Good Samaritans Society – Vistage Village, P.O. Box 1510, Pincher Creek, AB T0K 1W0

One Condolence for “BRUDER Joseph”