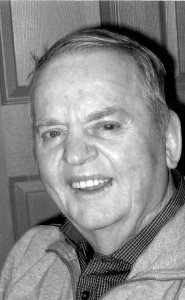 Mr. Cliff Williams of Lethbridge, beloved husband of Mrs. Brenda Williams, passed away peacefully after a lengthy illness at the Edith Cavell Care Centre on Wednesday, May 25, 2016 at the age of 76 years. Cliff loved to golf, camp, go for walks and read western books. He was a member of the Tumbler Ridge and Coalhurst Legions which he very much enjoyed. Cliff was one of the sons of Violet Williams. He lived on the north side most of his growing up years, with his two brothers and three sisters. In May of 1976, Cliff married his wife Brenda and they had two daughters which he was very proud of. Cliff worked for the coal mines as a janitor and a haul truck driver. He worked in Grande Cache, Hinton, and Tumbler Ridge, BC. He enjoyed that life. He was a very special person to each of us. We will miss you. We love you. Besides his loving wife Brenda, Cliff is survived by his 2 daughters Jolene (Joe) Scafe of Dawson Creek, BC and Amanda (Jeff) Schimpf of Lethbridge; 5 grandchildren Shelby, Alex, Isabelle, Mischa, and Kenny; 3 sisters Dorothy Rodominski of Lethbridge, Joyce Babcock of Amherst, NS and Gail Lee of Surrey, BC; 2 brothers George Williams of Lethbridge and Leonard Williams of Calgary; as well as numerous nieces, nephews and their families. A Funeral Service will be held at 1:00PM, Saturday, June 4, 2016 at IMMANUEL LUTHERAN CHURCH, 20 Rocky Mountain Blvd. West, Lethbridge, AB. Flowers are gratefully declined. Those who wish, memorial donations may be made to Lethbridge Heart & Stroke Foundation, P.O. Box 221, Lethbridge, AB T1J 4K7.

One Condolence for “WILLIAMS Cliff”

Leave a Condolence for Laurel Mothersell