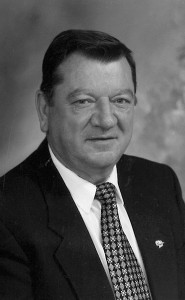 Mr. Donald “Don” Funk of Lethbridge, beloved husband of Mrs. Patricia “Pat” Funk passed away peacefully after a courageous battle with cancer on Monday, May 30, 2016 at the age of 70 years. Don was born in Winkler, Manitoba and grew up on a farm in Fertile, Saskatchewan. He joined the RCMP in 1965, serving 30 years in various detachments across Alberta. Upon retirement he worked on the boards for Child & Family Services and Alberta Transportation. He enjoyed travelling, especially his winter trips to Yuma to meet up with old and new friends. He was an amazing husband, father, grandfather and friend and he will be deeply missed. In addition to his loving wife of almost 50 years, Don is survived by his 3 sons Terry (Sue Ashby) Funk, Jeff (Jayna) Funk and Darren (Claire) Funk; 3 grandchildren Melissa Funk, Ryan Funk and Emily Funk. Don will also be cherished by his sister Ruby (Bill) Busby; and brothers Alvin Funk, Victor (Anita) Funk, Richard (Sandra) Funk, Merle (Darlene) Funk, and Lorne (Susan) Funk; sister-in-law Phyllis Funk; as well as numerous nieces, nephews and their families. Don was predeceased by his parents Frank and Anne Funk; brother Clarence Funk; and sister-in-law Margery Funk. A Memorial Service will be held at 1:00PM on Monday, June 6, 2016 at MCKILLOP UNITED CHURCH, 2329 – 15 Avenue South, Lethbridge, AB., with Reverend Trevor Potter officiating. Flowers are gratefully declined. Those who wish, memorial donations may be made to the Alberta Cancer Foundation, 1620 29 St NW, Suite 300 Calgary, AB T2N 4L7.