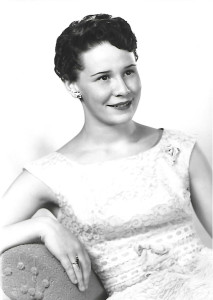 CAROLE ANN GEMER (nee Hadford), beloved wife of George Gemer, passed away at the Foothills Health Centre, on Thursday, June 2nd, 2016, surrounded by her loving family at the age of 71 years.

Carole was an amazing lady who touched the lives of so many. Affectionately known as “Mother Goose”, she was a mom to many, always eager to help out, take care of others and “get the job done”.

She was a track and field athlete in her youth, winning a silver medal at the National Championships. She was named the Kinsmen Athlete of the Year in 1964. Her coach, George, became her husband and she embarked on a lengthy career as a team manager for the University of Lethbridge team and the National track and field team. She guided multiple teams to the Pan-American Games, the Commonwealth Games, the World Student Games and the World Championships. She was selected to escort the teams to two Olympic Games – Barcelona in 1992 and Sydney in 2000.

She was a pioneer for sport in Lethbridge, serving on countless organizing committees for local and international games, including the 1976 Montreal Olympics and the 1978 Commonwealth Games in Edmonton. She was also a founding member of the West Wind Gymnastics Club. In 1988, she was inducted into the Lethbridge Sport Hall of Fame. She was also a Pronghorn Sports of Hall of Fame inductee in 2000 and a Golden Jubilee Medal recipient in 2002.

Even though she was born in Lethbridge and has Swedish and English ancestry, she became a valued member of the local Hungarian Cultural Society, serving as President for over a decade. She was more recently a Board Member for the Southern Alberta Ethnic Association and was eagerly anticipating the opening of their new building.

Carole had numerous accomplishments but more importantly was a woman who so generously gave her time and energy wherever she could. Her family would often say she worked full time but never got paid. She loved to be busy and she was always there when you needed her. She wore a warm, welcoming smile and had a sunny way about her. She was loved and respected by so many and has her place in all our hearts.

At Carole’s request, no funeral service is planned. A private family Interment will be held at the Mountain View Cemetery.