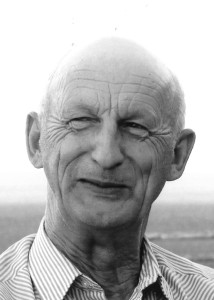 WILLIAM “BILL” HRICISE, a Cattleman and Trucker, passed away peacefully on Friday, June 3, 2016 surrounded by family on his 78th Birthday after a lengthy battle with cancer.

He leaves behind his wife, Georgette; son Michael (Tara) and their children Ally and Austin and daughter Monica (David) and her son Tristan. Bill is also survived by numerous nieces and nephews.

He was predeceased by his parents Bill and Helen Hricise; his sisters Mary Malec (John) and Anne (Alec) Stanko.

Bill was born in Lethbridge on June 3, 1938 where he was raised and educated. He married Georgette on April 27,1968 and together they welcomed twins three years later. He spent several years working in millwork where he found an appreciation for woodworking. Bill moved on to become a licensed Veterinary Technician in the early 1970’s followed by a long career as the Owner / Operator of Bills Livestock Trucking. He prided himself on being punctual and developed relationships with his customers. This is where he made many lifelong friends in the cattle business of Southern Alberta. Throughout his life, he ran a commercial cow calf herd on the family farm. His love of horses developed his hobby of showing and driving his teams of Belgian draft horses. Bill valued his numerous auction friends and could carry on a conversation with anyone.

Bill’s later years were focused on spending time with his grandkids. Their memories included guiding them in horsemanship, building a bunny condo, grape eating contests and reading farm magazines to teach them the basics of agriculture. Their antics were always the highlight of his days and he received the greatest pleasure by being present with any one of them.

One Condolence for “HRICISE William”