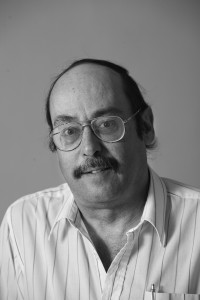 It is with great sadness that we announce the passing of Mark Arnold Schandor on June 4, 2016 at the Foothills Hospital in Calgary due to cancer related complications. Mark was 63 years young. He is survived by his Father, Joe (Mary) Schandor, his brother Dave (Barb) and his nieces Hayley of Lethbridge and Jennifer of Edmonton. He was predeceased by his mother Irene Schandor, his brother Miles, and his sister Patricia Weir. Mark was born, raised, and lived his entire life in Lethbridge. As a teenager, he started his working life as a “gas jockey” at Northside Shell, then moved on to busboy duties at the Marquis Restaurant before finding his life long career at the Lethbridge Herald. Mark was a truly dedicated employee; he took enormous pride in his work in the composing room: he worked countless overtime hours to meet deadlines, he would go into work on his days off to help out, and never turned down a request to cover off his colleagues when they needed to take time off. After 41 years of service, Mark retired in 2014 to “Go Fishing”, as this was his greatest passion along with cruising in his 1965 Mustang. Mark will always be remembered as an extremely kind and generous man who did not have the word “no” in his vocabulary. He was always stepping forward to help his friends and neighbours and he will be dearly missed by all who knew him. We will especially miss Mark’s quiet presence at our family gatherings on holidays, and his regular Sunday afternoon visits when he would stop by for a visit and a beer with his brother. In keeping with Mark’s wishes, no funeral service will be held. A Celebration of Mark’s Life will take place at a later date.