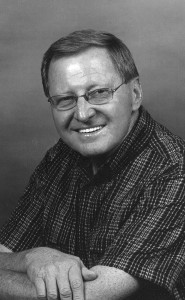 John Wick of Lethbridge, passed away peacefully on June 2, 2016 at the age of 66 years. John was born March 19, 1950 and grew up in Wadena, Saskatchewan. He was the youngest of 7 children of Nellie and Hannes Wick. John spent some of his younger years on the farm with his dad, where he developed his character and was taught hard work by example. He lived his life believing that his greatest asset was his word in business as well as personal. A handshake for John was a binding contract, he never made a promise he could not keep. John spent 33 years running his paving company the way he lived his life; with integrity and hard work. John married Donna in December of 2000. The joys of his life were his 2 granddaughters, and recently, his two grandsons, giving him the perfect family. For John, the highway to Heaven is paved… job well done. Besides his loving wife Donna, John is leaves behind to mourn his mother Nellie Olson, his daughter Carrie (Junior) Schmid, his step-daughter Tammy (Jason) Jack, his granddaughters Senaya & Samara Kaip, his grandsons Kasen Schmid & Skylar Jack, 4 sisters, one brother, 3 brothers -in-law, 1 sister-in-law, as well as numerous nieces and nephews. A Funeral Service will be held at 1:00pm on Wednesday, June 8, 2016 at MARTIN BROTHERS RIVERVIEW CHAPEL, 610-4 St. S. with Pastor Al Litchfield, officiating. Cremation will follow.

One Condolence for “WICK John”

Leave a Condolence for Ken and Judy Carson