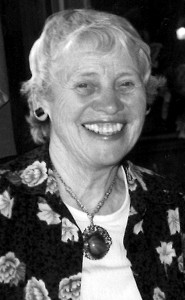 Mrs. Nora Gee of Lethbridge, passed away on Monday, June 6, 2016 at the age of 87 years. Nora was born into the Kennon family near Swalwell (Three Hills) on October 6th, 1928. She went to Calgary to take teacher training. Upon completion of her program, she taught in a one room, nine grade school. While taking further courses at the University of Alberta (Edmonton) she met Kenneth Stanley Gee at a local dance. Things went well there, and soon they both went to a four room town school north east of there. They became engaged while at another school in Carstairs. After summer school, on August 18 they were married in St. Michael’s and All Angels Anglican church in Calgary. Ken got a position in a senior high school there, and Nora did some kindergarten work. They built a house, and Carol and Brian were both born while living there. They changed residence and Ron and Keith joined the family. Nora kept on with her kindergarten work for a while, while raising her family. The family moved twice again. When the youngsters had grown up, their parents found a lovely lot on the west bank of the Okanagan valley. This was to be their dream home. A few years later, upon deciding to sell their home, they moved to Vernon, BC. Being native Albertans, they moved once again to Red Deer where they lived in a lovely half duplex. The children were well established in their married lives, so their parents were free to go wherever the urge indicated. Nora had two sisters in Lethbridge, both of whom claimed that the weather was much finer there. So off the Gee’s went, once again. They enjoyed a couple of years in a condominium there. As housekeeping became a handicap, they moved once more into a lovely senior’s residence where room and board was provided, along with ample entertainment. They had a wonderful time. There is a lovely park two blocks from their residence and they set up the practice of going for a daily walk in that area, using their walkers. Nora loved to dance, having done extensive square and round dancing for many years in Arizona. Her favorite sports were lawn bowling and curling. Early in 2016 Nora developed abdominal cancer which led to her demise in the early afternoon of Monday, June 6, 2016.She is survived by her husband and one daughter, Carol Ann Gee of Prince George, and three sons Brian Arthur Gee (Grand Cayman), Ronald Dale Gee (Lethbridge), and Keith Bradley Gee (Melbourne, Florida); sisters Francis Tanner (Calgary) and Shirley Beach (Lethbridge). A Funeral Service will be held at 10:00 am on Friday, June 10, 2016 at MARTIN BROTHERS RIVERVIEW CHAPEL, 610-4th St. S., Lethbridge, AB with Reverend Andrew Horne, officiating. A visitation will be held one hour prior to the service.