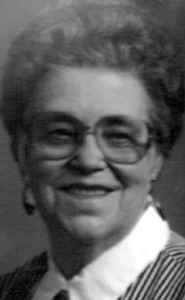 Nellie Winnifred Lister passed away at her home in Legacy Lodge on June 8 2016 at the age of 92 years. Nellie was born in Gosport, England on August 3 1923. Nellie was predeceased by her husband Richard. She is survived by her children Maureen Racz (Rudy) Carol Morgan (Dennis), Rick Lister (Jeannie). She is also survived by her grandchildren Sue and Linda Racz, Elisha (Shaun) Bellamy, Rick Jr. and Josh Lister. Susan (Shaun deceased) Craig (Nut), Chris Kodi Morgan. Great grandchildren Matthew and Noelle Pigat, Brooklyn Sander. Hannah and Brendan Swanson. Nathan and Justin, Alyssha, Ty and Ryder Morgan. A Memorial Service will be held at 11:00am on Wednesday June 15, 2016 at THE SALVATION ARMY, Lethbridge 1302 4 Ave. S. No flowers by request, please make donations to The Salvation Army Lethbridge