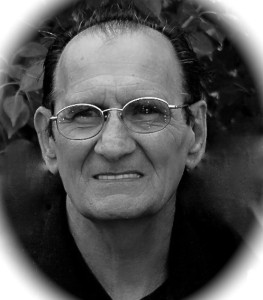 THOMAS GEORGE GIMBLETT, age 71, passed away Wednesday, June 2, 2016, after his long battle with lung cancer. He was born May 4, 1945 in Ottawa Ontario and was the son of the late Thomas and Maude (Bernette) Gimblett. He had a younger sister, who is still living, named Mary Donner. Thomas also leaves behind his loving wife, Sandra (Shaw) A. Gimblett who he wed on May 29, 1976 in Vancouver, British Columbia. Together they raised six children; Thomas (Jo) Gimblett, Elizabeth (Steven) Brideau, George (Ashley) Gimblett, Sandra (Brad) Marklinger, Lydia (Neal) Anderson and Karrie (Bryson) Gimblett. He was also a grandfather to his eleven grandchildren. After retiring from Raymond Jr/Sr. High School at age 65 in 2010, he spent most of his free time watching the latest movie that came out, or playing computer games. His smile and laugh was contagious, and would spread his joy to others who were around him. He was a loving husband, a caring and supporting father and an adoring grandfather who will be truly missed.

A private family service was held.