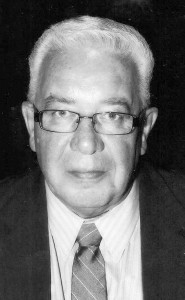 David Bernard Moody, beloved husband of Mrs. Daisy Moody of Calgary, passed away at the Peter Lougheed Hospital on June 11, 2016 at the age of 67 years. He was the loving father of Dean Moody (Chanda), Darrin Moody (Julie) and Dave Moody Jr. (Lauren) all of Calgary. He will also be remembered by his seven grandchildren; Leslie, Avery, Aidan, Donovan, Davin, Nathan and Killian. He was predeceased by his parents; Ernest and Virginia Moody, and his brothers: Richard Moody and Doug Moody. David was born in Columbus, Ohio and immigrated to Canada with his parents. He grew up in Saskatchewan and Alberta. He later settled in Calgary, Alberta where he worked in the aviation industry and raised his own family. David loved the outdoors, hunting and camping. He also had a love of airplanes, classic cars and his family. Memorial donations can be made in David’s name to Alzheimer Society Alberta & NWT High Park Corner, 14925-111 Ave NW, Edmonton, Alberta T5M 2P6. A Memorial Service will be held at Lutheran Church of the Master 216 Main Street S.E. Airdrie, AB on Thursday June 16, 2016 at 1:00 p.m

One Condolence for “MOODY David”