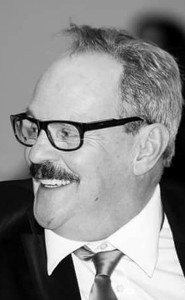 ALBERT WILLIAM SHAW passed away peacefully at the Chinook Regional Hospital on Saturday, June 18, 2016 at the age of 69 years.

Albert was born and raised in East Calgary. He started cooking at age 16 and obtained his Red Seal chef papers. He was a talented chef and went on to be Executive Chef for the Sandman Inn in the 80’s, worked at Hy’s Steak House, El Rancho, the Marquis Hotel, and The Lethbridge Lodge. He belonged to the Academy of Chefs and was a board member for the Culinary Program at the Lethbridge College.

He became disabled in 1985 and spent the rest of his life helping other people. He had many coffee friends and was well-known in Lethbridge’s malls and coffee shops.

Albert was a dedicated member of Alcoholics Anonymous, helping hundreds of others over the last 40 years of his sobriety.

After he lost his daughter Angie in 2009, tragically his health declined and he wasn’t able to get out much.

He devoted those years to his grandchildren, spoiling them rotten, and cooking 5 star family dinners.

You will be forever in our hearts, Daddy, G-Unit – Poppa Shaw.