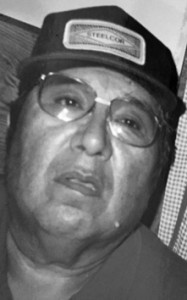 Patrick was born March 16, 1946 to Edward and Ruth (Beebe), the seventh child of ten; William, Leo, Gilbert, Morris, Evelyn, Leroy, Patrick, Leonard, Beverly and Gary. Raised at Dead Man’s Corner on the Blood reserve, he attended St. Mary’s Residential school and after completion, he left and worked many years in Yakima, Washington where he lived with his Yakima nation family, that of Louis So Happy.

After Paddy’s return, he soon began his employment with Blood Tribe Recreation and Parks as Maintenance worker, where he worked for many years until his Retirement. He prided himself on hardly ever missing work. He lived with his parents into their elderly years caring for them and travelling throughout Indian country to Shane’s Rodeos or visiting family in Montana, Washington, Oregon and New Mexico.

Fifteen years ago, Paddy met Christine the love of his life, although he never had children of his own, he gained a big family from Christine, he was Grandpa. They were very active in their church. They got ordained as Pastors in 2011. Together they travelled throughout northern Alberta, Saskatchewan, Montana and Washington attending camp meetings and visiting their many brothers and sisters in the Lord.

Throughout his lifetime, Paddy loved to sing and play guitar, care for his cats, help his sister at her many ceremonies and be a kind uncle to his nieces and nephews. He will be forever missed by Christine and family.