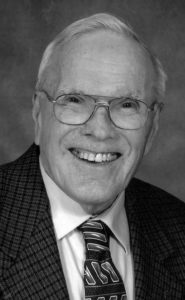 He earned his B.Sc. (Chem.) and B. Ed. Degrees at the University of Alberta in Edmonton. Ken retired in 1981 after teaching chemistry and science in Calgary for 30 years.

He and Nora were married for 65 years. He is survived by their daughter Carol and sons Brian, Ron and Keith and their families.

A Funeral Service will be held at 2:00PM on Tuesday, July 5, 2016 at the MARTIN BROTHERS RIVERVIEW CHAPEL, 610 – 4 St. South, Lethbridge, AB, with Canon Allan McQuaig officiating.

A private family inurnment will take place in Vernon, BC.