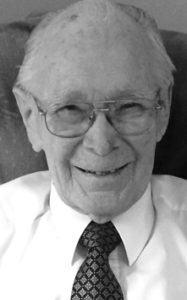 Rex and Joyce have 3 sons: John Grant deceased (Jacalyn); James Scott, deceased (Janice) and Michael Craig (Kathy). They have 17 grandchildren, 23 great- grandchildren and 1 great-great grandson. Rex is a veteran of WWII where he served as a bomber flight instructor in Wolverhampton, England. It was in England that he met the love of his life, Joyce. The two were married on May 17, 1945. Upon his return to Canada, Rex worked at various jobs before settling into a life-long career as manager of Beaver Lumber in Cardston. Rex was an accomplished basketball player being a member of a provincial winning Men’s team. He was always a steadying influence on his family and taught us each to enjoy life as it unfolds. He will be greatly missed.

A Memorial service will be held on Monday July 4, 2016 at 11:00 a.m. at the East Stake Centre, Church of Jesus Christ of Latter Day Saints, Cardston, Alberta. Interment at the Cardston Cemetery.