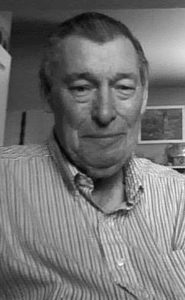 Terence Stuart Wood passed away peacefully after a short illness on 24 June 2016 at the age of 80 years, in Lethbridge, Alberta. Terry was the beloved husband and friend of Jean Wood for 40 years. Terry was born in Leeds-Yorkshire. He attended school there and in Plerne, Germany. He was in the English Army for 25 years and then did Psychiatric nursing in Salisbury. He had a son Ian and daughter Joanne, the latter of whom predeceased him. He also had three stepsons, Shaun, Mark, and Niall. Terry’s main passion was opera since the age of 7. His wife Jean will miss him every minute of the day. Private cremation. Thank you to Dr. Harvey Hawes and Dr. Darin Orr. Jean would like to express her gratitude to all those who helped her during this time.