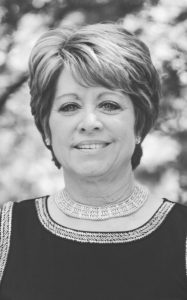 Mrs. Candace “Candy” Burton of Foremost Alberta, beloved wife of the late Randy Burton passed away suddenly on Saturday, July 2, 2016 at the age of 58 years. Candy was born on December 27, 1957, the second and youngest child, to Ted and Irene Lynes of Foremost. Candy was born and raised in Foremost, graduating from the high school in 1975. Candy was involved in many school sports but her favorite being track and field. When she wasn’t busy with sports, studies or helping on the family farm she was seen with her high school sweetheart Randy. After graduating from high school, Candy moved to Lethbridge and furthered her studies in administration at the College. After receiving her diploma Candy couldn’t resist moving back to Foremost to begin a life with her soulmate Randy. They were married October 21, 1978 and began working on the family farm alongside Candy’s Dad, Ted. During this time in their life together, Randy & Candy enjoyed family trips to Hawaii, Las Vegas to take in the NFR and countless tractor pulling competitions. After the birth of her three daughters, Candy worked as the Foremost Village Administrator for numerous years and later put her excellent secretarial skills to use at Burton’s Esso. She always talked about how much she enjoyed working next to her good friend and mother- in-law, Mary Burton, at the Esso. In the following years, Candy worked from home as the bookkeeper for the family farm. She took pride in the farm and being able to be home to raise her three girls. Candy was an active member in many community events. She was involved in the Foremost United Church group, the Community Bus Association, along with her girls dance, skating and gymnastics clubs and countless other. Candy enjoyed her time as a member of the curling club, as well as the golf association. Together, she and Randy took great pleasure in continuing their family owned and operated school bus route for many years. After the loss of her loved ones, Candy gracefully carried on the family farm operations alongside her son- in-law Scott Hazell, and their long time devoted hired man, and friend, Bob Bourret. Candy was a woman that wore many hats, and despite all the hardships and obstacles she faced she was always proud to be a farmer. Candy never hesitated in donating to a good cause or to lending a helping hand to anyone in need. Her generous heart shone through every part of her life. All her friends and family were very fortunate to have such a selfless and devoted woman in their lives. She truly had a heart of gold. Candy Burton is survived by her two loving daughters Kelsey (Scott) Hazell of Foremost, Ab., Darcie (Rylund) Ens of Lethbridge, Ab.; mother Irene Lynes, of Foremost, Ab.; granddaughters Ainsley & Anniston Hazell, who were the light of her life. As well as numerous nieces, nephews and their families. Besides her loving husband Randy, Candy was predeceased by her father Ted Lynes; brother Kenny Lynes; daughter Nicole Burton;father-in-law Bob Burton and mother-in-law Mary Burton. A Funeral Service will be held at 11:00am on Friday, July 8, 2016 at the FOREMOST COMMUNITY HALL, with Jane Meaker, officiating. Interment to follow in the Foremost Cemetery. Flowers are gratefully declined for those who wish, memorial donations may be made in Candy’s name to the Foremost Community Hall, 301 Main Street, Foremost, Alberta, T0K 0X0, Canadian Mental Health Association, 426 – 6 St., S., Lethbridge, Alberta, T1J 2C9, Children’s Hospital Foundation, 2888 Shaganappi Trail NW, Calgary, Alberta, T3B 6A8 and or the Foremost Ag Society, 301 Main Street, Foremost, Alberta, T0K 0X0.