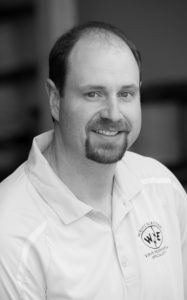 BRADLEY DALE WEITZ, beloved son, husband and father, peacefully passed away at the Chinook Regional Hospital at the age of 38 years after an admirable fight with colon cancer. Brad, son of Dale and Bernadette Weitz, was born and raised in Lethbridge, Alberta along with his brothers Jamie (Deeanna) Weitz and their children Alyssa, Sarah and Caylee and Brent (Crystal) Weitz.

Brad has known the love of his life, Kelly, since elementary school and they were married in 2002. Their daughter, Alexis, was born in 2005 and a son, Blake, followed in 2008. Over their 14 years of marriage, Brad and Kelly enjoyed building houses, traveling and spending most of their time in the company of their loving family.

Brad was a Master Electrician, and with his brother, Jamie, founded Weitz Electric Ltd. in 2008. The business has flourished and the company has proven to be an important part of the Lethbridge building community. Brad dedicated countless hours to building the company into the success that it is today.

Brad was a natural musician and had an incredible love for all types of music. He was also an avid curler and golfer and spent many hours enjoying the company of his friends and family. Brad particularly enjoyed the socializing that accompanied these activities.

A celebration of Brad’s life (or FUNeral as he wanted to call it) will be held at the COAST HOTEL AND CONFERENCE CENTER – 526 Mayor Magrath Drive South, Lethbridge, AB. on Wednesday, July 20, 2016 at 2:00 P.M.

In lieu of flowers, donations can be directed to Kids4Cancer c/o The Alberta Cancer Foundation or a charity of the donor’s choice. As per Brad’s request, he asked that all in attendance dress in happy, festive colours.