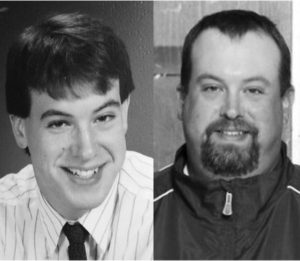 It is with great sadness that we inform you of Drew Anthony Woolf’s passing. He was born to A. Bryce Woolf and Patricia J. Hanifl Woolf in Provo, Utah on March 15, 1973. He died on July 12, 2016. He leaves his wife of 17 years, Milka (Billa) Singha, his brother Wade Matthew Woolf, his sister Tricia Lee Woolf, her husband Charles Travis Blood, Drew’s twin niece and nephew, Charlee and Brolin, his auntie Carol Desjarlais and her children. Drew was predeceased by his grandparents Andrew B. Woolf, Norma G. Smith Woolf, Frank J. Hanifl and Thelma F. Felton Hanifl. Drew’s younger years were spent in Lethbridge until grade eight. His family then moved to Cardston, Alberta. He played football for Cardston High School. They won the provincial championship in his senior year. He also played minor hockey in Cardston and junior hockey with the Kainai Golden Chiefs. Along with his brother, Wade, he played American Legion Baseball for the Fort Macleod Royals. Drew graduated in 1991. He then attended North Dakota State University-Bottineau on a baseball scholarship. He also played hockey there for two years. Later he attended NDSU Fargo where he played hockey for the Bison. After university he was selected to coach the NDSU Women’s Hockey team. The team improved greatly under his hockey knowledge and coaching skills. He then continued to coach minor hockey in Fargo. In all, he coached for 17 years and it was his great passion. Drew loved and is loved by his Woolf and Singha families. He enjoyed spending time with all his nieces and nephews. He was hard working, had a quiet strength and determination to overcome his health issues. He was a good man that made loyal friends and lived life to the fullest with optimism. His interests included his work, fishing, technology, chess, and science fiction. He read books by Stephen Hawking. He enjoyed barbecuing, fireworks and the Mississippi River at La Crosse, Wisconsin. He was proud of his ancestral heritage. We believe he is already fishing with Grandpa! We will miss him and love him forever.

In lieu of a funeral/memorial service – condolences, photos, and stories can be shared with family by emailing to: drewsmemorial@hotmail.com

One Condolence for “WOOLF, Drew Anthony”