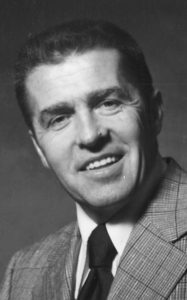 JULIAN RANDAL LEIPPY passed away peacefully at St. Therese Villa in Lethbridge at 5:30am July 21st.

Julian was born November 20, 1928, in Weyburn, Saskatchewan. He is survived by his wife Jean of 64 years, his two youngest children, as well as grand and great grandchildren.

The LDS church was a large part of his life and he held many positions in the church over the decades.

Julian worked in automotive body repair for 35 years. He then retired, got himself a homestead and began to build. After a massive heart attack in 1995 on Valentine’s Day, and a triple bypass, he realized he had to really retire.

Julian and Jean settled in Raymond, Alberta where they lived a full and contented life for over a decade until they moved to Lethbridge where he passed.

A heartfelt thank you to the nurses and staff at St. Therese Villa on 2 East for the compassionate care our father received in his final days.

He lived a good life and will be missed and remembered.