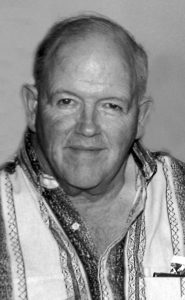 It is with heavy hearts that we announce the passing of Michael Gustav Rodgers of Warner AB. Mike passed away peacefully on July 21, 2016 at the age of 77 years.

Mike was born in Calgary on March 19, 1939, the only son of Paddy and Nina Rodgers of Millarville. After completing his schooling, he moved back to Millarville to ranch with his parents. Mike married Ellamae (Anderson) the love of his life in 1962 and continued ranching with his parents until their passing. Mike was very active in the promotion of the Red Angus breed. Mike and family moved to the Warner area in 1993 in order to expand the cattle operation.

Besides his loving wife Ellamae, Mike is survived by his daughter Nancy Martin, and son Shawn (Cathy) Rodgers, his grandchildren Janice, Kevin, Ben and Kurt; as well as numerous nieces, nephews and their families.

Leave a Condolence for Darla and Grant Graham