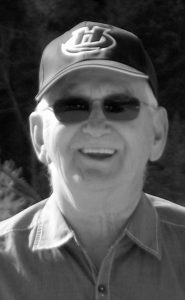 Mr. Keith Snyder of Lethbridge, beloved husband of Mrs. Femmy Snyder, passed away in Lethbridge on Friday, July 29, 2016 at the age of 77 years. Keith was born in the Netherlands on September 2, 1938. He married Femmy Van Dyk on July 28, 1967. He was the loving father of Janet, Marlene and Dwayne. Besides his loving wife Femmy, Keith is survived by his two daughters Janet Snyder & Marlene Snyder, and his son Dwayne Snyder, all of Lethbridge, AB. He is also survived by his brother Bob Snyder of Brooks, AB; sister-in-law Tina (Brian) Hull of Orangeville, ON; brother-in-law Bob (Faye) Van Dyk of Sarnia, ON and sister-in-law Nellie DeVries of Brampton, ON. As well as numerous nieces and nephews. Keith was predeceased by his parents Jan and Minke Snyder, and his brother Eddy DeVries. A Funeral Service will be held at 2:00pm on Friday, August 5, 2016 at MARANATHA CHRISTIAN REFORMED CHURCH, 260 McGill Blvd W, Lethbridge, AB with Reverend Andrew Joosse, officiating. In lieu of flowers, those who wish may make memorial donations to the MS Society, 724 13 St. N., Lethbridge, AB T1H 2T1

One Condolence for “SNYDER, Keith”