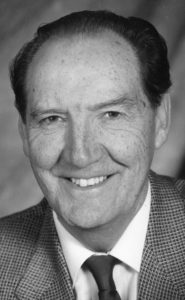 It is with sadness that we announce the sudden passing of our beloved husband, father, grandfather and great grandfather.

In 1949, John left war-torn London for adventures in Canada. Here he met Olga Jorgensen and they were married in 1951. Shortly after they began their family; his pride and joy. John worked as an electrician helping power the prairies and eventually spent 34 years employed with the City of Lethbridge. He carefully tended his family, his roses, he spent many hours building masterpieces in his workshop, and enjoyed painting with Olga. We will forever miss you.

In accordance with John’s wishes, there will be no funeral. Instead immediate and extended family will hold a private Memorial in Celebration of his Life.