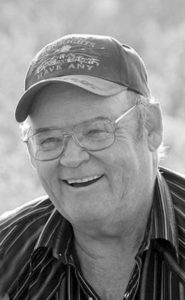 Mr. William “Bill” McMahon of Coaldale, beloved spouse of the late Mrs. Joyce (Betty) Brousseau, passed away unexpectedly at the age of 66 years.

Bill was born at St. Michaels General Hospital in Lethbridge, AB on May 30, 1950. He grew up on his family’s farm in Raymond until the age of 15 when he decided to leave home to go on his own adventure. At about the age of 22, he began to work on his fathers’ golf course in Anaheim, California after his family had moved there. He began a life of truck driving in 1976 which allowed him to see many amazing places and continued that until 2010 when he got out of the big truck and took the ‘easy’ (as he called it) job piloting. He said that’s the job he should have had from the get go!

If you knew Bill you knew how generous and caring he was towards everyone that he knew. Anytime you needed anything, he was there for you. Though truck driving often took him away from his family, we always knew he was thinking of us when he brought home little trinkets and gifts from places that he had been.

His biggest accomplishments were last minute truck stop gifts for Betty’s birthdays! Betty and Bill got together and settled down in Coaldale in 1978 when Bill decided to take on a new kind of adventure, an instant family. Where he immediately fell into the natural roll of being a husband and dad, and eventually a fantastic grandpa and great grandpa. He is well known by the kids of the family for sneaking chocolate under the table, unbeknownst to Betty who was filling plates with vegetables and asking how they had so much energy. He was also probably one of the most inquisitive people you could ever meet.

Even though it seemed to us that Bill knew everything there was to know, he still had unanswered questions and was constantly researching this or that and telling everyone he could about his findings (even if we seemed far from interested at the time). The things he most liked to talk about were theories behind the JFK shooting, bigfoot, if aliens exist, and how Elvis was still alive no matter what anyone told him. We are all hoping that right now he is on his newest adventure of discovering the real truth about everything he’s ever wondered. He will be greatly loved and missed by everyone who knew him; until we meet him again.

Besides his loving spouse Joyce “Betty” Brousseau, he was predeceased by his parents James and Mae McMahon, as well as his brothers Jim Jr. McMahon, Richard McMahon, and Michael McMahon.

Flowers are gratefully declined. Those who wish, memorial donations may be made on his behalf to the charity of your choice.