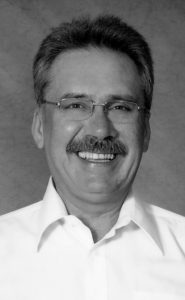 Kenneth “Ken” Howard Chervinski passed away at the Sarcee Hospice after a short battle with cancer at the age of 64 years. Taken from us too soon, Ken was a beloved father to his 2 Children, Robyn Calvert (Thomas) and Riley Chervinski (Natasha), proud Papa to Logan Calvert, middle son to Buella and Ab Chervinski, brother to Jean and Leonard “Butch”, and Uncle to Jason. He was a dear old friend to many and made a point throughout his life to keep in touch with all those he knew sometimes by just popping in, or with a funny birthday card, or a colourful joke or story to tell, and his annual August Barbeque to show what a green thumb he had and share the bounties of his vegetable garden with his talent for cooking. The family will be holding a private celebration for Ken’s life on Saturday, August 20, 2016 in Lethbridge where he resided after his retirement from a life time career at Telus. Photos, memories and condolences may be shared with family through www.evanjstrong.com. Arrangements in care of EVAN J. STRONG FUNERAL SERVICES. (403) 265-1199