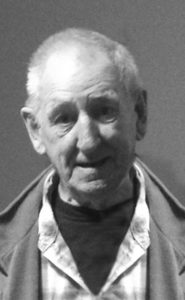 STANLEY JAMES “JIM” EDWARDS, passed away peacefully at home in Lethbridge, AB on August 9th, 2016 at the age of 74 years.

Jim was married 49 years to Maxine and together had and are lovingly remembered by their 3 daughters: Cheryl (Rob), Maureen and Heather (Jaysun) as well as nine grandchildren, 10 great-grandchildren with another to be born soon. Also left to cherish his memory are his sister, Joan (Chuck) and three brothers, Ken, Rick (Naomi) and Doug.

He was predeceased by his parents, Stan and Etta Edwards as well as his brothers, Fred and Robert.

Jim was born in Victoria, B.C. on January 18, 1942. His early years were spent in Okotoks and High River, AB with time spent in Air Cadets, playing hockey with the High River Flyers and curling. He was a member of the High River Fire Dept. and enjoyed participating in hose laying competitions with his fellow fire fighters.

Jim was active in many community clubs, golfing, camping and playing in the World’s Senior Softball Games. He was a good friend, meeting regularly with his coffee buddies, his Sunday morning breakfast crew and his neighbourhood BBQ family.

His friends, colleagues and family will remember him as a hard working and dedicated business owner who went above and beyond to please those he came in contact with. A man of many talents, Jim was successful and proud of his accomplishments and diversified work experiences. Even after he retired , he spent many years long haul truck driving until health issues forced him once again into retirement. A thrilling moment came many years ago while employed with Gulf Oil; he became an honorary crew member for the Snowbirds Formation Fighter Jets Team with the job of fueling their jets for the Lethbridge Air Show. To this day, an autographed photo, signed by the Snowbird members of that time, adorns the wall in his home.

As per Jim’s request there will be no formal Funeral Service.