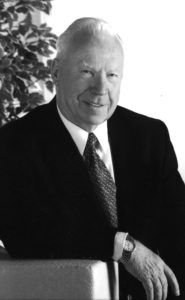 RUSSELL IRWIN “RUSS” LUNNEY, beloved husband of Edna Fletcher, peacefully passed away after a short stay at the Chinook Regional Hospital in Lethbridge Alberta on the 11th day of August, 2016, just shy of his 91st birthday.

Besides his loving wife, he is survived by his son Alan of Calgary and daughter Linda Hensel of Calgary, brother Milton (Ruth) of Milden, SK and sister Irma (Les) Wilson of Assiniboia, SK. As well, he was “Uncle Russ” to six nieces and nephews and 14 great nieces and nephews. Also left to mourn his passing are Edna’s family of Charlie (Lenore) Fletcher, Evelyn Yarn, Marilyn (Tom) Moloney, Pat (Todd) Hawkins and Ken (Rosemary) Fletcher. He was “Papa Russ” to nine grandchildren and 18 great-grandchildren.

Russ often spoke of the many associates and friends he worked with, especially the time he worked in India.

The family wishes to thank the hospital staff for their kindness and compassion shown to Russ and his family.

In lieu of flowers, donations may be made to a charity of your choice.

One Condolence for “LUNNEY Russell”