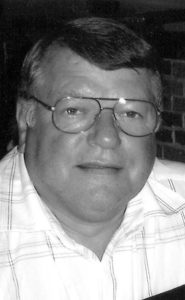 George was born in Grays, Essex in the UK, on May 31, 1945, where he also attended school. George served in the Navy and also the British Army. He immigrated to Alberta in 1922. He worked in the real estate business for many years, and later in the renovation business. Prior to his retirement in 2009, he was employed as a customs officer with Canada Border Services for 18 years. He was an avid golfer, excellent chef, and karaoke king. He loved to travel and he and Marilyn spend many winters in Mexico and Arizona.