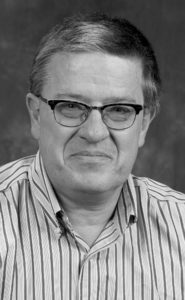 Lethbridge, Alberta – Bernard Dick Hoogerdijk, born on November 30, 1963, passed on to Heavenly glory, on Monday, August 15, 2016. Bernie Hoogerdijk was called to his eternal home on Monday, August 15, 2016. He leaves behind his parents, Cornelis and Hermina (Breukelman) Hoogerdijk, Willy Hoogerdyk and Trish Wiersema, Ed Hoogerdyk and Alice (Bergsma) Hoogerdyk, Ron and Tamara (Wiersema) Hoogerdyk, John and Margaret (Kobes) Hoogerdijk, Ed and Margaret (Hoogerdyk) Tams, and many nephews, nieces and close friends. Bernie was born and raised in Lethbridge, AB and Taber, AB. He attended Coaldale Christian School in Coaldale, AB and W.R. Myers High School in Taber, AB. He spent the prime years of his life as a salesman at Harp Furniture in Taber, AB. Customers enjoyed his jovial character and often stated: “We want to deal with Bernie!” After his time in Taber, Bernie moved on to Coaldale, Lethbridge, Winnipeg, and then back to Lethbridge. He took on a variety of jobs during this time. He last worked at the Lethbridge Food Market. It was a dream of his to be an architect. Although this dream was never realized, he did offer up some of his own drawings and concepts of churches and unique buildings. He enjoyed photography and took many beautiful pictures of spectacular landscapes and modern buildings. His leisure time was spent travelling to visit family in Manitoba, vacationing in the Maritimes, and walking around one of his favorite places, Waterton Lakes National park. Bernie was known for his unassuming character, loud and vibrant laughter, crazy stories, and his love to be around people. He was not shy. He would approach anyone and always had time to meet people for coffee at the local Tim’s. He had a rare penchant for the fine art of eating hot dogs. The Red Dog Diner in Lethbridge and Wieners of Waterton would have known him as a regular customer. During the latter part of his life emotional, physical and spiritual struggles took their toll on Bernie. His Lord and Saviour knew this. He laid Bernie down to rest in his residence in Lethbridge, AB. He wrapped his loving arms around him and said: “Come to me, all you who are weary and burdened, and I will give you rest.” He took Bernie to Heaven – his final move, his final residence, his eternal home.

A Memorial Service will be held at 11:00am, on Monday, August 22, 2016 at the TRINITY UNITED REFORMED CHURCH, 1100-40 Avenue, North, Lethbridge, Alberta, with Pastor Rohan Crown officiating. A Private Family graveside service was held in the Royal View Cemetery. For those who wish, memorial donations in Bernie’s honor may be made to the Lethbridge Streets Alive Mission, 316 1 Avenue South, Lethbridge, Alberta T1J 0A5.