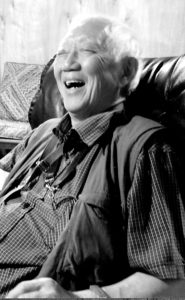 Henry Donald Louey, aged 82, passed away peacefully at Lethbridge Regional Hospital on June 14, 2016. Henry was born in Pincher Creek, Alberta on March 3, 1934 and is survived by sisters Betty Illingworth (Brian), Lethbridge, Irene Gareau, Fernie, B.C., Laura Clay, Claresholm, brother Bobby (Susan), Lethbridge, sister-in-law Truda, Pincher Creek as well as many nieces, nephews, grand nieces and nephews. Henry was predeceased by his parents Chow Louey and Lee Ying who for many years were well known partners in the City Cafe in Pincher Creek; sisters Annie Louey and Margaret Handford; brothers Harry and Harvey, brothers-in-law Robert Gareau, Harry Clay, Gilbert Handford; great-niece Keeley Clay and great-nephew Leroy Handford. While attending school in Pincher Creek, Henry was bestowed the prestigious Governor Generals Award and went on to study at the University of Alberta in Edmonton, graduating with a degree in Chemical Engineering. His working years took him to Kitimat, B.C., St. Catharines, ON and Palliser Distilleries in Lethbridge, AB. He travelled to many places but especially enjoyed spending time visiting and spoiling the children of his siblings, and even more so, the children of his nieces and nephews. Not only did he spoil the children, he doted on their many pets, dogs in particular. If you wish to share memories of Henry, please join us between 3PM and 4PM on 20 August at New Dynasty Restaurant, 103-7 Street South, Lethbridge.