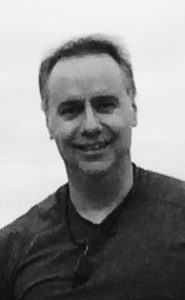 GREGORY WAYNE NIKLES, of Lethbridge, beloved husband of Roxanne Nikles, passed away at the Chinook Regional Hospital surrounded by his family, after a courageous, hard fought battle with cancer, on Tuesday, August 23, 2016 at the age of 50 years.

Greg’s memory will be cherished by his loving wife and companion of 26 years, Roxanne and their boys Brendan and Rylan. Greg will be dearly missed by his mom, brother, sisters, nieces and nephews, his second family and his many friends and colleagues.

Greg valued his family. He loved and enjoyed their many vacations, especially their time spent at their Phoenix property. Greg proudly supported his sons, Brendan and Rylan in all their endeavours, cheering them on at their sporting events. During numerous winters, Greg would build an outdoor rink in their backyard for the boys on which they would spend hours practicing. Greg was a food connoisseur. He and Roxanne spent many special evenings together appreciating good food, wine and each other’s company. They spent their 20th anniversary in Huatulco, Mexico. Their love was celebrated with a rose petal path and a candlelight dinner on the beach. Greg shared a special bond with Roxanne, whom he called his “angel”. She provided boundless support throughout his illness and their life together.

Greg had a very strong passion for the agriculture and seed industry, as he was an active member of the Canadian Seed Trade Association and was a chairman of the hybrid canola seed production committee during the time of tremendous growth in the hybrid seed industry. Greg also had a deep level of concern for the Southern Alberta community and was a leader in the development of the annual “Harvest Howler”, an important fund raising event for local community programs and associations. Greg was highly regarded and respected by his colleagues and the industry will miss him.