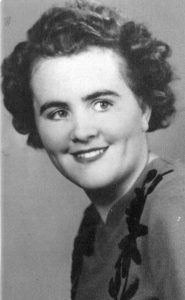 The family of Twyla Arvilla Hirsche is sad to announce that she passed away Tuesday, August 30, 2016. Twyla was predeceased by her husband Jay Hirsche, her parents Harold and Ivy Nilsson, her sisters Grace (Boyd) Nelson, Jean (Frank) Bach and Carolyn Nilsson, a nephew Tom Nelson, niece Wendy Jackman, great nephews Todd Nelson and Shawn Davidson as well as by a great niece Jamie Riley. Twyla was raised and received her education in Stirling. She moved to Lethbridge where she had a day care. She loved the children and they loved her. In 1959, She married Jay Hirsche. They spent most of their married years together in Rimbey where they purchased some land. Twyla loved the farm. While in Rimbey, she made many lasting friendships. She was a genuine friend and gave service to all. After Jay passed away in 2006, she moved to Lethbridge. Here she developed more lasting friendships. Twyla was an active member of the Church of Jesus Christ of Latter-day Saints and served in the Primary, Sunday School and Young Womens. She is survived by her nephews Richard (Anne) Nelson, David (Marlene) Nelson and Guy (Trish) Hirsche and by nieces Cheryl (Clark) Finley, Lorie (Duane) Davidson, Melanie (Dan) Yontz and many great and great great nephews and nieces who loved her. She will be greatly missed and lovingly remembered by her family and friends. At Twyla’s request, the family will be having a private family graveside service in Stirling.