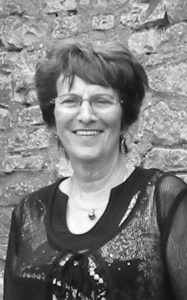 It is with deep sadness that we announce the sudden passing of our precious mother and grandma, Ruby Sharon Kurtzweg, of Lethbridge, (formerly of Foremost) who left us on September 8, 2016 at the age of 70 years. She has gone home to be with the Lord and her late husband, the love of her life, David Kurtzweg. After 34 years of separation, we can only imagine that the reunion has been sweet.

Ruby’s story began when she was born on December 19, 1945 to Samuel and Clara Davies in Ft. St. John; the youngest daughter of four children. Ruby took her first sleigh ride coming home from the hospital to the farm where she lived with her parents. Her early years were spent on the farm doing chores and working the garden alongside her mother and her sister Vera. She attended school in Ft. St. John and later pursued a nursing program in Vancouver, BC. She moved to Medicine Hat where she completed school and graduated at the top of her class in 1968. It was in Medicine Hat that she met the love of her life, David Kurtzweg, and they married in July 1969. She started her new life in Foremost alongside her partner and together they built a farm and raised a family. As a family we enjoyed skiing, snowmobiling with friends and boating on hot summer days, but flying was the past time that Mom loved the most. Between checking crops and holidays, Dave’s plane saw a lot of use.

Mom’s world crashed in November of 1982 with the unexpected passing of her best friend and love, David. With God’s help and strength, and sheer determination, she continued raising her family and managing the farm while protecting her children from the upheaval. After Curtis graduated in 1988, Mom and Brenda moved to Three Hills, where Brenda completed high school. Mom then furthered her nursing training and worked in Drumheller. Mom always enjoyed learning and took several courses at Prairie that entertained her many interests.

In 1992, Mom moved back to Lethbridge and retired. This time of her life was very fulfilling as her children married and her family grew to include ten grandchildren. She often went out to the farm and enjoyed going for rides in the tractor and combine as this brought back fond memories and created new ones. Mom enjoyed playing games, baking pie, and having tea with her children and grandchildren. Mom loved seeing the world with her friends and family and continued to be an avid traveller. She grew tired of the southern Alberta winters and spent as much time in Yuma, AZ as she could.

Mom was a faithful servant to her Lord and Saviour. She supported many Christian organizations and missionaries and was often “caught” reading her Bible. Mom will be especially missed for her humour, thoughtfulness to others, wisdom, and hospitality; her door was always open and the teakettle was always on.

Thanks, Mom, for the legacy and Godly heritage that you have left us. You will be greatly missed by us all.

Family and Friends are invited to a visitation service between 6:00pm – 7:00pm on Wednesday, September 14, 2016 at the MARTIN BROTHERS RIVERVIEW CHAPEL, 610 4th Street South, Lethbridge, Alberta.

A Private Family Interment was held in the Foremost Cemetery.

One Condolence for “KURTZWEG, Ruby”