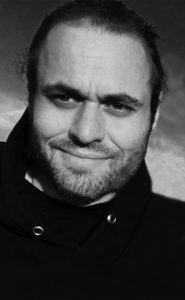 JOHN PAUL BESTER, of Lethbridge, Alberta, passed away peacefully at the Abbotsford Regional Hospital, B.C., on Saturday, August 27, 2016 at the age of 38 years.

John was born in Coleman, Alberta, where he spent most of his childhood and then moved to Lethbridge as a young teenager where he graduated from Lethbridge Collegiate Institute. From a young age, it was clear that John was an adventurous entrepreneur. He always had a sparkle in his eye and a grin on his face which clearly exhibited his boundless spirit.

John’s ideas were always big and bold and often ideas that were way before their time. This never discouraged him. John had a way of filling a room and having everyone around him listening. His creative mind always had blueprints ready to go for various ventures which led him from one end of the country to the other. He loved his country and was proud to be a Canadian.

During his final days, he pushed forward with his passion of organic horticulture. He had just finished working on an organic farm on Salt Spring Island, sharing his ideas and creating videos to share his love and desire to educate people on the powers of “eating clean.” John was always talking to everyone about the importance of health and balance, which he knew, himself, was a challenge.

John leaves behind an amazing girlfriend and partner, Brianna Fitzpatrick, who embraced John’s enthusiastic vision. They were working together, over the past year, to bring to light a positive happy lifestyle that could be shared with others.

John believed in helping others. His wish was always to be an organ donor. In the end, John was able to assist four people with the donation of his strong, healthy organs.

Relatives and friends are invited to a Celebration of John’s Life at CORNERSTONE FUNERAL HOME, 2800 Mayor Magrath Drive South, Lethbridge, Alberta, on Saturday, September 24, 2016 at 11:00 A.M. with his brother Michael Bester officiating. Luncheon to follow the celebration.