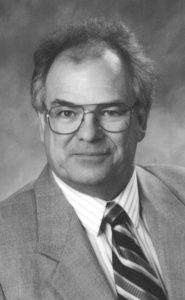 It is with great sadness and heavy hearts we announce the passing of MR. BRIAN FREDERICK QUITTENBAUM, beloved husband of Karren (Willoughby) Quittenbaum, of Lethbridge, at the Foothills Hospital in Calgary on Thursday, September 15, 2016 at the age of 74 years.

Brian is survived by his wife, Karren; his son, Bruce Quittenbaum; and his daughter, Raegan (Ned) Grizelj; his granddaughters, Jacqueline Quittenbaum (Charles Scott) of Edmonton, Nicole Quittenbaum and Kiana Grizelj of Lethbridge; his great-granddaughters, Eloise Scott and Isabelle Scott of Edmonton; his sister, Pat (Dan) Peters of Lethbridge; Karren’s brother Jim (Bunny) Willoughby of Oliver, BC; as well as many nieces and nephews and cousins, and their beloved mini dachshund, Laci.

Brian was born in Taber, AB on May 25, 1942 to Fred and Mary Quittenbaum. The family moved to Lethbridge in 1948 when his father, Fred, went into business in 4 Square Lumber Co., and later Crestline Builders Market Ltd.

Brian graduated from the Lethbridge Collegiate Institute (LCI) in 1961 and then went on to Montana State University in Missoula, MT. He graduated from MSU with a BSC in Business Administration in 1965.

Brian had several hobbies he was interested in. He had a machine shop and a wood working shop. He enjoyed having his cars; a 1928 Model A Ford Tudor and a 1934 Chevrolet 2-door sedan. He also enjoyed photography. His greatest pride and joy was his family.

A Come-and-Go Reception will be held at CORNERSTONE FUNERAL HOME – 2800 Mayor Magrath Drive South, Lethbridge, AB on Tuesday, September 27, 2016 from 2:00 P.M. to 4:00 P.M. Please dress casual as Brian wouldn’t have wanted it any other way.

A Private Family Graveside Service will be held at Mountain View Cemetery at a later date.

The family wishes to thank all of Brian’s doctors for the care and compassion given to him and the family; it will never be forgotten.

In lieu of flowers, donations in Brian’s memory may be made to the Lethbridge Humane Society – 2920 16 Avenue North, Lethbridge, AB T1H 5E9.