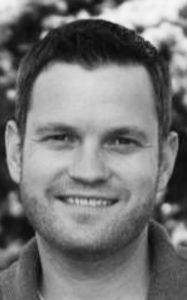 DR. GREG ROBERTS, beloved husband of Erinn (Evdokimoff) Roberts and father to their three sons, Cooper (8), McKay (5), and Reid (2), passed away peacefully at home on Sunday, September 18, 2016 after a valiant and courageous battle with cancer. He will be lovingly remembered by his parents Ray and Carole Roberts, his siblings, Nathan (Kathryn) Roberts, Leisha (Ron) Cook, Amy (Brian) Miller, Matthew (Jasmine) Roberts as well as numerous nieces, nephews, cousins, uncles and aunts. As captain of his high school football, baseball and basketball teams, Greg demonstrated his incredible athletic ability and love of sports, winning awards from Male Athlete of the Year to #1 high school basketball recruit from Alberta, by Cage magazine. He had the privilege of playing basketball for team Alberta where he was awarded Team All Star and went on to play basketball for the University of Lethbridge Pronghorns. From 1999-2001, Greg served as a missionary for the LDS church in the Philippines. Due to his quick language skills and excellent work ethic, he was called as a district leader at 3 months, a zone leader at 7 months and at 9 months he became the Assistant to the President–the highest rank on the mission. He stayed in this position until his discharge making him the youngest and longest serving AP in the mission’s history. Greg was the author of two children’s books, S is for Spirit Bear, and Chin Music, both of which were published and received rave reviews. Greg attended Medical School at the University of Calgary and went on to train as a Urologist at Queen’s University in Kingston Ontario. Greg fought hard and painfully for five years to stave off a rare form of cancer – a disease that eventually eroded his body, but not his mind or his heart. His generosity of spirit was only surpassed by his humble nature and incredible sense of humour. Nothing brought him more joy than his three little boys, whom he fiercely adored. He was the epitome of selflessness, a warm-hearted and generous soul who will be sorely missed by the many lives he touched.

The Funeral Service will be held at the Church of Jesus Christ of Latter-day Saints, Magrath Stake Center, on Saturday, September 24th at 11:00 a.m. Friends may meet the family at the Church on Friday, September 23rd from 7:00-9:00 p.m. or from 10:00-10:45 a.m. prior to the service. Interment to follow in the Magrath Cemetery.