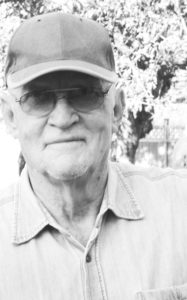 Born in Magrath AB, Don passed away in Langley BC after a sudden illness. He spent most of his life in Ft. Langley, which he dearly enjoyed. He was a man of dignity with open arms and a large heart, a steadfast friend and excellent host at numerous parties over the decades. He was a tall strong man who was supportive, protective, generous, and loving to his family and friends.

Don will be missed by all who knew him, including his wife Sibyl, his sons Greg, Brad, Randy, stepson Raymond, stepdaughter Nanette, his grandchildren Christina, Jessica, Sarah, Jennifer, Chad, Cody, Jim, Jason, Levi, step granddaughter Ashley, and his great grandchildren Ashton, Chanelle, Arlo, and Kaleb. A heart felt thanks to Iris Passey (mother of his three sons), Debbie Passey, Teresa Passey, and Donna Lawrence for their care and support.

There will be a graveside ceremony at the Fort Langley Cemetery on September 30 at 11 AM. In lieu of flowers please donate to the charity of your choic. A celebration of life will be conducted at 1 PM on October 29 at the Ft Langley Lions Club Hall.