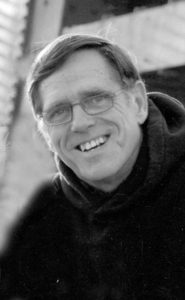 It is with sadness that the family of the late MARK THOMAS STANDING announce his passing after a tragic motor vehicle accident on Thursday, September 29, 2016, at the age of 64 years. He will be missed by his wife Pat, and children: Jeff (Jackie), Steven (Krista), Nancy (Kendon) Clark, Trevor (Jamie), Kevin (O’Ryan), Derek, Rebecca, and 18 grandchildren. He is also survived by his siblings; Robert, Barbara (Lorne) Bateman, Patricia, and Janet McLeod. He is predeceased by his parents, Lawrence and Eileen Standing. He was born in Lethbridge and moved to the Midlands area in England with his family at age 6. He returned to Vulcan, Alberta when he was 21. Mark served a mission in Langsing, Michigan from 1974-1976. On June 24, 1978 he married Pat in the Cardston Alberta Temple. They settled in the Lethbridge area and raised their family. He loved soccer and coached many soccer teams. He faithfully served in many church postings during his life. He loved to serve others, and especially loved his family and grandchildren. Funeral arrangements will be announced when completed.

One Condolence for “STANDING, Mark Thomas”

Leave a Condolence for Joanne Secord