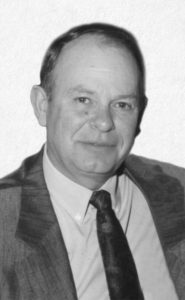 CHRIS DE JONG, beloved husband of Vicki De Jong passed away at St. Michael’s Palliative Care facility in Lethbridge on Tuesday October 11th, 2016 at the age of 76 years. Chris is survived by his wife Vicki De Jong, his children Brian (wife Crystal and children Brandon, Cayley), Ron (wife Sandra and son Grant), and Darren; sisters Lamberdena De Jong, Joanne Veldman, Marlene Grinnell and brother Glenn De Jong, as well as their spouses and numerous nieces and nephews. Chris was predeceased by his parents Christian Sr. and Ida De Jong and brother David. Chris was raised in Nobleford, AB and lived on the family farm where he and Vicki then farmed for many years. He always enjoyed the outdoors, such as farming, fishing, skiing and being in the mountains. He also enjoyed visiting with many friends and relatives. He will be missed by his family & friends.

The funeral will be held at the MONARCH REFORMED CHURCH on Monday October 17th, 2016 at 1pm. Interment and a reception will follow.

In lieu of flowers, contributions may be made to World Vision Canada, 19 Skyview Springs Manor NE, Calgary, AB. T3N 0A9

One Condolence for “DE JONG, Chris”