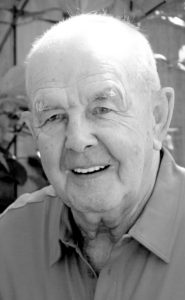 Paul Fitzner of Lethbridge, beloved husband of Margaret Fitzner, passed away peacefully on October 7, 2016, at the age of 81 years. Paul, the oldest son of Reinhard and Lydia Fitzner, was born on May 2, 1935 in the German colony of Wolhynien. In 1939 the family was transferred from Wolhynien to Warthegau, where they lived until 1945. Due to the war the family fled to West Germany and eventually settled in Hassbergen, Kreis Nienburg-Weser in 1947. Paul apprenticed as a Machinist and Welder from January 29, 1952 through March 31, 1955, at Heinrich Böse Machine & Welding Shop in Wietzen, Kreis Nienburg-Weser. In 1955 Paul and his family immigrated to Canada, and arrived in Readymade, Alberta on April 17. After several years of farm work, Paul began his career in the automotive industry at Motor Car Supply in 1958. He purchased East End Welding with a partner in 1966, and subsequently expanded the company by starting Custom Engine later that year. Paul took great pride in this business and worked tirelessly to ensure its growth and success over the years. Paul loved the outdoors and enjoyed spending time with his family skiing, hiking, and fishing. He was well known for meticulously maintaining his workplace, vehicles, and yard. Paul greatly enjoyed family gatherings and always made sure everyone was taken care of at mealtime. Besides his loving wife Margaret of 56 years, Paul is survived by his four children; Karen Winget, Edward (Nicole) Fitzner, Carolyn (Lawrence) Schinkel, and Elizabeth (Stuart) Hedingham. He is lovingly remembered by his cherished granddaughters Kristi Winget, Cassandra Schinkel, Ashley Schinkel, and Olivia Hedingham. He is also survived by his siblings Arnold Fitzner, Reinhold Fitzner, and Traude Robertson; as well as numerous nieces, nephews and their families. Paul was predeceased by his parents Reinhard and Lydia Fitzner, siblings Heidi Van Tol, Frieda Fitzner, Hilde Fitzner, Robert Fitzner, and Adolf Fitzner, brother in laws Jim Senger, Walter Kampen, and Keith Robertson, and son in law Mike Winget. For those who wish, in lieu of flowers, memorial donations may be made to the charity of one’s choice. A Funeral Service will be held at 1:00 pm on Monday October 17, 2016, at FIRST BAPTIST CHURCH, 1614 – 5th Avenue South, Lethbridge, with Pastor Bruce Martin officiating. Interment to follow in Mountain View Cemetery. For those who wish, in lieu of flowers, memorial donations may be made to the charity of one’s choice.