ANN BEERS passed away peacefully, with family at her side, on Sunday, October 16, 2016 at the age of 86 years in Lethbridge, Alberta.

Ann will be laid to rest with her husband James at Mountain View Cemetery following the Funeral Mass.

In lieu of flowers and in memory of Ann, donations may be made to the Chinook Regional Hospital Foundation – 960 16th Street South, Lethbridge, AB, T1J-1W5. 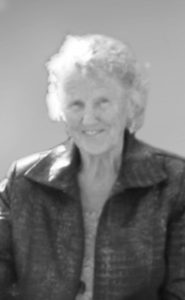 One Condolence for “BEERS, Ann”