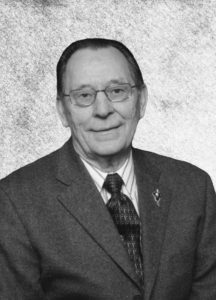 It is with sadness the family announces the passing of JACK NEIGEL at the Chinook Regional Hospital, on Saturday, October 15th, 2016 at the age of 86 years.

Jack was born in Hatton, SK on April 13, 1930 to Peter & Emma Neigel. He was the second oldest of 11 children. At a very young age, he began working on a sheep farm to help support the large family. Jack met, fell in love with, and married Lorine Dietelbach in 1951. Together, they had three children. Jack was employed with CP Rail as a Fireman on the steam engine in Irvine, AB. He started a business called Neigel and Sons Auguring Co., cleaning annexes. From there, Jack worked and ended his career in 1991 as a grain buyer for the Alberta Wheat Pool. He spent his retirement years with Lorine square dancing, camping with friends and family, playing cards and entertaining at their home in Picture Butte. Jack also enjoyed spending time with his two grandchildren as much as possible. This year Lorine and Jack celebrated their 65th wedding anniversary. Family was everything to Jack.

A Viewing for Jack will be held at the IMMANUEL LUTHERAN CHURCH, 20 Rocky Mountain Blvd. West, Lethbridge, AB on, Saturday, October 22, 2016 at 10:00 A.M., with the Funeral Service to commence at 11:00 A.M. with Pastor Rob Mohns officiating. A reception will follow in the church fellowship hall.

One Condolence for “NEIGEL, Jack”