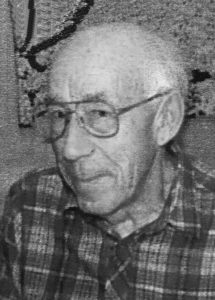 It is with heartfelt sadness the family of Dean Cofell announces his passing on the morning of Monday, October 24, 2016 after suffering a stroke.

He is survived by his beloved wife Fran (nee Dolphin) of Lethbridge, his children; Louise (Greg) Forsyth of De Winton, Ross (Jenny) Cofell of Lethbridge, and Neil (Brenda) Cofell of Twin Butte. Dean leaves behind his four granddaughters; Alexa, Lauren, Bailey and Grace, as well as three great-grandsons; Hudson, Sawyer and William, and one great-granddaughter; Georgia. He is also survived by many cousins of the Barr family in Alberta, British Columbia, and several U.S. states.

Dean had a successful career with the Alberta Wheat Pool from 1952 until retirement in 1990. Following retirement, he owned and operated Apex Handyman Services. He was busy painting, repairing and providing general upkeep for homeowners in the Lethbridge and Coaldale areas.

A family memorial will take place at a later date.

One Condolence for “COFELL, Dean”