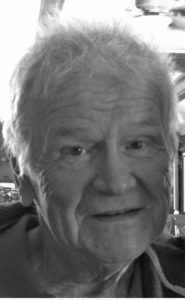 BRUNO A. STARZYK, beloved husband of Gail Starzyk, passed away peacefully surrounded by his loving family on Monday, October 24, 2016 at the age of 75 after a courageous battle with cancer. Bruno was born in Teschen, Germany on April 14, 1941 and moved to Shaughnessy, Alberta with his family in 1953. Straightforward, organized, meticulously neat and extremely hard-working, Bruno’s knowledge of 5 languages, his skills as a Millwright and in wood-working paved the way for many jobs and career opportunities. His love of travel took him to places around Europe and North America where he met and continued to keep in contact with many amazing friends. In his recent years he was a much loved and active member of Champion where he and the love of his life, Gail, settled. This summer he even rode proudly in the Champion parade! He is survived by his love – Gail, his children: Cindy (Jim) Starzyk-Frey, Wayne (Michelle) Dozak, Shannon (Craig) Sainsbury, and their “adopted” daughter, Michelle Van Ree. He is also survived by his grandchildren: Megan (Tom), Desiree, Haylee (Dan), Samantha, Dylan, Cassidy, Cianna and Keegan as well as great-grandchildren: Brynden and Alexia. He was predeceased by his parents and brothers as well as his children: Vince, Connie and Ryan. Special thanks to the physicians, staff and volunteers at the Vulcan Community Health Centre and the Jack Ady Cancer Centre in Lethbridge. Thank you so much to all the special people at the Southwood Care Centre in Calgary who provided excellent care for Bruno in his final days.

Relatives and friends are invited to a Celebration of Life at Champion Congregational Church (301 – 2 Ave. North, Champion, Alberta) on Saturday, October 29, 2016 at 2:00 pm. Photos, memories and condolences may be shared with family through www.evanjstrong.com. Flowers are politely declined but if friends so desire, tributes in Bruno’s name can be made directly to support Champion Congregational Church (301 – 2 Ave. North, Champion, AB, T0L 0R0). Arrangements in care of EVAN J. STRONG FUNERAL SERVICES. (403) 265-1199