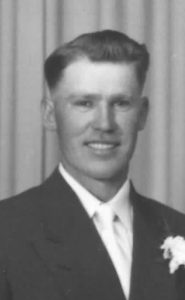 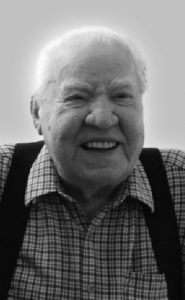 JOHN KURUTZ of Lethbridge, beloved husband of the late Mable Kurutz, passed away suddenly at his residence in Garden View Lodge on Wednesday, October 26th, 2016 at the age of 89 years.

John was born in Czechoslovakia, immigrating to Canada at the age of five. He farmed with his family near Eight-Mile Lake in the Sunnyside District until he began his 17-year career as Partsman at Cockshutt Farm Equipment. John married the love of his life, Mable Chollak in 1951 and they celebrated 65 wonderful years of marriage on June 3rd, 2016. His heart was broken with her passing 6 weeks later. John was a very talented woodworker, artist and loved playing his harmonica. Never having lost his love for farming, he always checked his rain gauges and the local crop conditions. John’s family meant everything to him; he delighted in every family gathering. He was truly loved by all of his family and will be sadly missed for his caring ways.

A Private Family Interment will be held at Mountain View Cemetery.

In lieu of flowers and in memory of John, donations may be made to a charity of your choice.