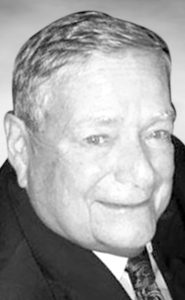 Barry John Hunt, loving husband, devoted father, grandfather, father-in-law, brother, uncle and friend, passed away suddenly on October 29, 2016 at the age of 68. Born and raised in Lethbridge, Barry was the oldest of four children born to Dr. John and Leone Hunt. As a boy, he spent his summers at the family cottage in Waterton, where he developed his lifelong passion for hiking, golfing, fishing, boating and waterskiing. Barry’s winters were no less busy, when, on the weekends, he and his siblings would pile into the family station wagon for ski trips to Fernie and Whitefish, a tradition he would continue with his own children and grandchildren. In 1967, while attending the University of Lethbridge, he met the love of his life, Marilyn Negrello, whom he married two years later. Following his graduation, Barry moved to Calgary, where he earned his Charter Accountant designation and opened Coopers & Lybrand’s insolvency and bankruptcy practice. Barry was a much-beloved mentor and a respected negotiator whose commitment to fairness and gregarious personality often helped to seal the deal. As his professional reputation grew, so too did his family. In 1972, Barry and Marilyn welcomed a son, Christopher, who was joined two years later by daughter Paige. One would be hard pressed to find a prouder and more supportive father. No matter what endeavour Chris and Paige undertook, Barry was always their biggest cheerleader. He was as generous with his time as he was with his love and support. Over the years, Barry served on community, university, and political boards, including overseeing the committee that arranged transportation for IOC dignitaries during the 1988 Winter Olympics. Although Barry suffered a number of health setbacks later in life, he continued to live every day to its fullest. His life was immeasurably enriched with the arrival of his four grandchildren, Quinn, Piper, Rhys, and Peyton. They were the lights of his life, and brought him tremendous joy. Barry was never happier than when, with a glass of red wine in hand, he was surrounded by his family. He will be deeply missed by his wife Marilyn; son, Chris; daughter, Paige and son-in-law Dan; grandchildren, Quinn, Piper, Rhys, and Peyton; sisters, Sandra and Cheryl, brother, Bob and sister-in-law Laura; sister-in-law Barb and husband John, brother-in-law Tim and wife Cindy and numerous nieces and nephews. Funeral Services will be held at McINNIS & HOLLOWAY (Park Memorial, 5008 Elbow Drive S.W. Calgary, AB) on Friday, November 4, 2016 at 2:00 p.m. Condolences may be forwarded through www.mcinnisandholloway.com. In living memory of Barry Hunt, a tree will be planted at Fish Creek Provincial Park by McINNIS & HOLLOWAY FUNERAL HOMES, Park Memorial, 5008 ELBOW DRIVE S.W. Calgary, AB, T2S 2L5, Telephone: 403-243-8200.