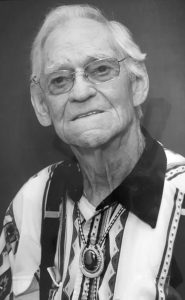 Leo Joseph Cote of Lethbridge, beloved husband of Velma, passed away peacefully after a short illness on Friday, October 21, 2016 at the age of 90 years. Leo was born on March 8, 1926 in Shaunavon, Sask. to Zephrin and Louisa (Roy) Cote. He attended the local country school until grade six. Leo developed his hardworking spirit at a young age with his first job lighting the fire at school in the morning. At age 14, he worked as a lumberjack in Kapuskasing, Ont. and as a logger in BC. In 1947 he met the love of his life Velma Hack and they married on August 13, 1949. Leo was a devoted and loving husband of 67 years to Velma and dedicated father to their 6 children. He was a good carpenter, building 3 homes for his family. A great outdoorsman, he enjoyed hunting and fishing. Leo worked for the CPR as a fireman on the steam locomotives, then for Hamilton Floors and Bird Lumber. He received his power engineers ticket, working in Fort Macleod and Taber. He concluded his career after 23 1/2 years at St. Michaels Hospital tending the boilers. In his later years before retiring, he resumed his love of wood carving. An extremely talented craftsman he continued to carve award winning wild animals, carousel horses, and relief carvings. He started making native drums even after his eyesight started to fail. He then created songs depicting his life experiences. Leo will be greatly missed by his loving wife Velma, 4 sons Don (Linda), Ken (Rita), Richard (deceased) (Bonnie), David, 2 daughters Karen (Ed) Sykes, and Linda. He is very proud of his 17 grandchildren and 23 great-grandchildren and one on the way. Leo was predeceased by his parents Zephrin and Louisa, brother Romeo, sisters Yvonne, Theresa, Annette and son Richard. A Celebration of Life will be held at 1:00pm on Monday, November 7, 2016 at MARTIN BROTHERS RIVERVIEW CHAPEL, 610-4 Street South, Lethbridge, AB. A Private Family Internment to follow at Mountain View Cemetery. In lieu of flowers, donations to the CNIB (100, 410 Stafford Dr. S, Lethbridge, AB T1J 2L2) will be greatly appreciated in memory of Leo.

One Condolence for “COTE, Leo”