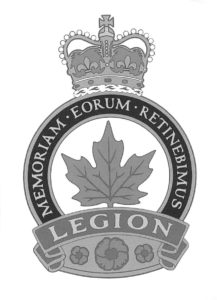 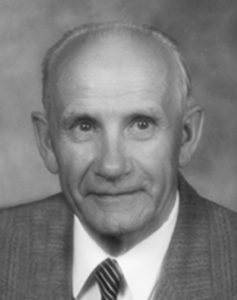 JOHN “JAN” SZELAGOWSKI passed away peacefully at St. Therese Villa on Friday, October 28, 2016 at the age of 91 years.

He was predeceased by his loving wife Joanne “Jasia”; his parents, Stanislaw and Marianna Szelagowski; his siblings Stefania, Kazimierz and Janina.

John was born in Kowalewo, Gniezno, Poland on November 8, 1924. He was the eldest of four children and was raised in the city of Bydgoszcz. He served with the Polish army in Britain from 1941 -1947 and saw action in the war zones of France, Belgium, Holland and Germany as a Tank Commander. He achieved the rank of Lance Corporal. John was a member of The Royal Canadian Legion and in 2015 received recognition from the Polish Combatants’ Association.

John immigrated to Canada and landed at Pier 21 in Halifax, NS on June 11th, 1947. He was sent to Saskatchewan and worked as a farm labourer. In 1948, he went to work at Henry’s Bakery in Maple Creek, Sask. In 1949, he moved to Lethbridge and worked for McGavin’s Bakery as a cake mixer and later worked at the bakery in the Dominion Store. 1962 saw him switch careers and work as a power plant engineer at St. Michael’s Hospital. He obtained his third class certificate in 1965 from S.A.I.T. and in 1970 he became chief engineer until his retirement in 1989.

It was when John moved to Lethbridge that he met the love of his life, Joanne Bender and they were married in St Patrick’s Church on September 2, 1950. John was well known to family and friends for his generous nature and willingness to give a helping hand. His skills in multiple trades served him well whenever called upon to build or repair whatever came his way.

John was a wonderful husband and family man. He provided for his family both here and in Poland. He enjoyed baking, especially his famous “tortes” which became a must for special family occasions. His many interests included: travelling, gardening, bowling, fishing, socializing with friends and long strolls with Joanne.

In later years John was diagnosed with Alzheimer’s. Though his memory was failing he couldn’t forget his precious Joanne and never stopped asking for her.

John’s kindness and generosity will always be remembered by both family and friends.

A Funeral Mass will celebrated at OUR LADY OF THE ASSUMPTION CATHOLIC CHURCH, 2405 – 12 Avenue South, Lethbridge, AB, on Saturday, November 5, 2016 at 11:00 A.M. with Father Kevin Tumback celebrating.

In lieu of flowers and in memory of John, donations may be made to the Alzheimer Society of Canada – 10531 Kingsway Avenue, Edmonton, Alberta, T5H 4K1.

One Condolence for “SZELAGOWSKI, John “Jan””