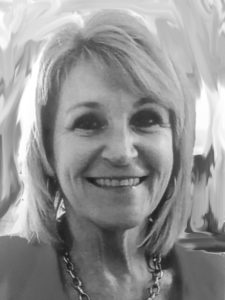 It is with great sadness and sorrow to announce the passing of Delorey Hagel (nee Pocza) wife of Bill Hagel of 21 years in Calgary at the young age of 59 years.

Delorey was born in Lethbridge, Alberta to Agnes and Steve Pocza on October 9, 1957. She was the third child and only daughter along with three brothers. Delorey graduated from L.C.I and subsequently Lethbridge College where she went on to work at Revenue Canada as an Appeals Officer until she retired in 2000.

Delorey married Bill Hagel on July 6, 1995 and raised two sons, Jevan and Ryan in their family home in Calgary. Family was everything to Delorey and she had a special bond with her father Steve (who passed away in 2002), mother Agnes, and brothers Terry, Rod, and Harvie Pocza. Her love for her husband, children, family and friends and anything fun was immeasurable. Her infectious, warm and caring personality attracted a large circle of loyal lifelong friends.

Golf, fitness, and being a mom and partner were her passions. The family cabin in BC and the sunshine and beauty of Maui were Delorey’s favourite getaways with loved ones.

Funeral Services will be held at McINNIS & HOLLOWAY (Park Memorial, 5008 Elbow Drive S.W. Calgary, AB) on Friday, November 18, 2016 at 1:00 p.m. Graveside Service to follow at Eden Brook Memorial Gardens. Condolences may be forwarded through www.mcinnisandholloway.com. The family would like to thank the staff on Unit 47 at the Tom Baker Cancer Centre. A very special thank you to Audra, Russ, Doreen, Tanya, Berta, and Trish who unselfishly and endlessly gave of themselves.